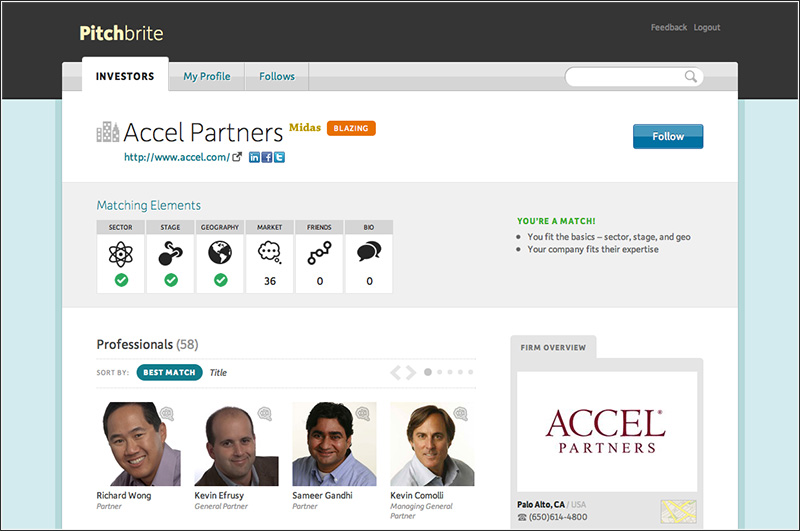 Pitchbrite was a very unique project we worked on and the company had so much potential. However, this great and unique idea wasn’t without obstacles. Development had started for more than a year with no significant results, and PitchBrite risked losing trust with its current investors , as well as potential venture capitalists who were interested funding the project. We were contacted by Matt, the founder in order to save the situation.

Before being acquired by a larger company, Pitchbrite offered a service that connected entrepreneurs with venture capitalists via common life factors (same school, industry, location, common friends…) and a unique social network algorithm. After entering information about yourself and your startup, it matched you with relevant VC firms and professionals.

“The team at Staggering ROI strongly contributed to our success. They went out of their way to find the best solution to our long-standing problems. I’m grateful to have worked with them.”

The biggest challenge we faced was to deliver a solution that handles extreme growth while at the same time depending on  3rd party APIs we had no control over. Another challenge we faced was the need to work with the LinkedIn API which had severe technical limitations, so we had to come up with unique coding methods rarely faced in other projects, and fast!

We were contacted by Matt Winn, the founder of PitchBrite, who worked in the VC world for several years prior to founding the company. Matt needed to quickly speed up development, prior to demonstrating the software to interested VC firms.

The development team which was working on this system had been struggling for three months, and investors were starting to get frustrated. Matt was on the verge of losing his company.

For the next four months, we closely worked with Matt and his development team in order to fix the problems and regain his investor trust. Most of the code was poorly written, so we had to restructure the application, and we had to do it fast. At the pace the project was going, it would have take more than a year to finish. We got it done in months by following an agile development methodology, which allowed us to push updates to the application really fast, and incorporate daily changes requested by our stakeholders.

Matt was able to demonstrate the project to interested venture capitalists on time, and was able to preserve his investors’ trust. The project went live on time, started growing fast, and got acquired by a bigger company later on. PitchBrite was a challenging and unique project we greatly enjoyed working on. 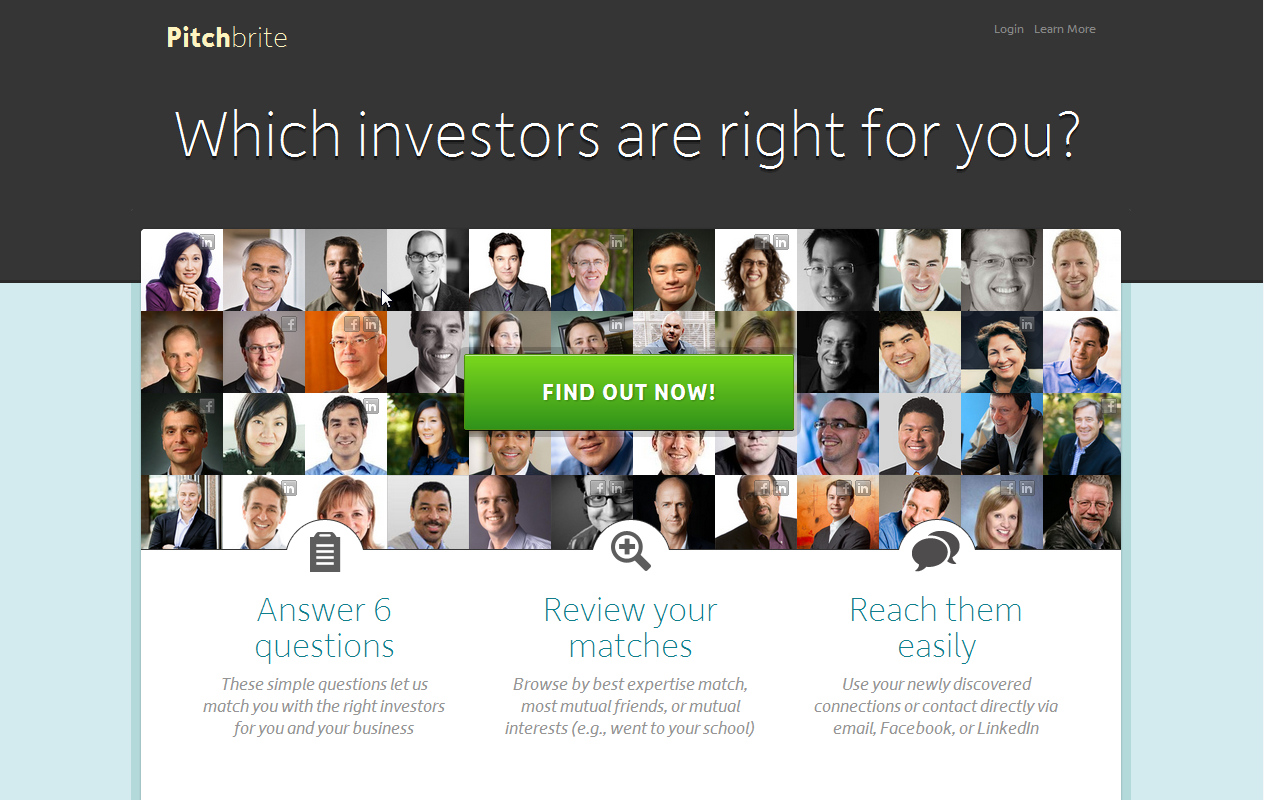